Goldman Sachs (NYSE:GS) recently predicted that the country’s biggest custody banks are in for weak performance figures for the first quarter of the year. [1] The global investment bank believes that foreign exchange revenues may decline by almost a fifth over last quarter, leading to an overall reduction in revenues for major custody banks including BNY Mellon (NYSE:BK), State Street (NYSE:STT) and Northern Trust Corp (NASDAQ:NTRS) for Q1 2012. But not all is grim for the custody banks, as Goldman also estimates an improvement in core custody fees driven by a healthy growth in assets under management & custody for the period.

Our $26 price estimate for BNY Mellon is nearly 20% above its current market price. We believe that this premium is largely due to the weak short-term outlook for global custody banking. The foreign-exchange related lawsuits are also a bitter pill for investors to swallow.

Goldman Sachs analysts claim that the low volatility and sharp decline in volumes witnessed for the foreign exchange market over the first two months of the quarter will negatively impact BNY Mellon’s foreign exchange revenue by an estimated 19%.

But at the same time, Goldman predicts that BNY Mellon, the world’s largest custody bank, is well poised to benefit from the rally seen at the stock market over the same period. This is expected to increase assets under management by an estimated 4.1% while at the same time raising servicing fees by as much as 5%. 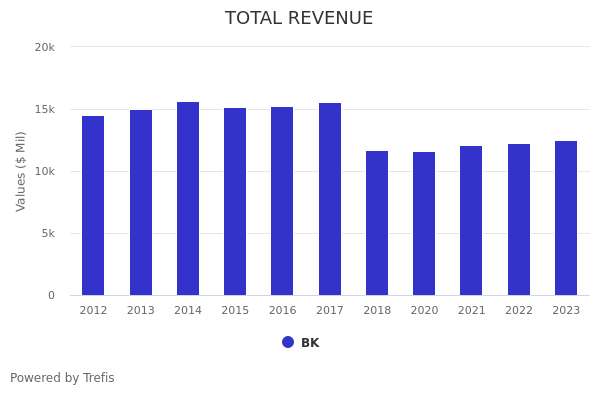 Why Bank of New York Mellon's Free Cash Flow was less than Net Income in 2021?

Why Bank of New York Mellon Stock Moved: BK Stock Has Lost 15% Since 2019 Primarily Due To Unfavorable Change In Price To Sales Multiple (P/S)

BNY Mellon Stock Is Down 16% In One Week What To Expect?

What To Expect From BNY Mellon Stock In Q4?

BNY Mellon Stock Is Trading Close To Its Fair Value

BNY Mellon Stock To Beat The Street Expectations In Q2

BNY Mellon Stock Has A 25% Upside