In line with Apple’s (NASDAQ:AAPL) plans to make this year’s iPhone launch its fastest roll-out ever, the iPhone 5 has cleared the final regulatory hurdle and should be launched in China before the year ends. [1] While it is not yet clear which carrier will be the first to launch the iPhone 5, both China Telecom (NYSE:CHA) and China Unicom (NYSE:CHU) seem to have received their respective licenses from the regulatory body. A December launch of the iPhone 5 in China may not be confirmed news yet, but China Telecom Chairman Wang Xiaochu had earlier expressed confidence in an early December launch. [2] It also helps that Apple had taken three months to launch the 4S in China after the U.S. launch last year, and going by that time-frame, a December launch does seem very likely.

It may only be a matter of time before the iPhone 5 is available on both China Unicom and China Telecom, but a deal with the much larger China Mobile (NYSE:CHL) remains elusive until Apple can work out a subsidy deal with the carrier. How soon that will happen is open to speculation considering the Chinese government’s possible opposition to the huge iPhone subsidies. (see Apple Faces China Mobile-Sized Stumbling Block Limiting China Upside Potential) But knowing that the carrier’s 3G growth has been hurting due to the unavailability of the iPhone, such a deal should not be too far along. This deal is also very important for Apple as it can instantly double the iPhone’s current addressable market in China and act as the next big boost to its stock given that the iPhone accounts for around 55% of the company’s stock value currently. (see Apple Can Ride China Potential Past $800 With China Mobile’s Support)

The huge opportunity that China presents can be gauged by the fact that the country has already overtaken the U.S. as the world’s largest smartphone market by volume. This is an incredible statistic considering that China is only in the early stages of smartphone adoption. 3G penetration in China stands at only about 20% currently and is growing strongly. Considering the huge 2G subscriber base that the Chinese carriers are looking to upgrade to 3G, the potential for Apple to ride the boom is huge.

This is also borne out by the rapid rate at which Apple’s revenues from China are growing. Revenues from greater China, which includes mainland China, Hong Kong and Taiwan, in the September quarter grew 26% year-over-year and accounted for 15% of Apple’s revenues for the fiscal year. This brought Apple’s FY2012 revenues from the region to about $24 billion, about 80% growth over FY 2011. Demand for the newly launched iPhone 5 has so far been strong and China’s addition this holiday season will help boost what has seasonally been Apple’s strongest quarter further.

As the country grows and the average Chinese sees an increase in buying power, we expect to see a growing shift in demand from 2G to 3G smartphones. The iPhone can help Apple tap this phenomenal growth in demand. Even Apple’s CEO Tim Cook acknowledged the immense potential that China presents when he said during the Q2 earnings call that the country was Apple’s “fastest growing region” by far and that the company was doing everything it could to market its brand in China.

Penetrating China could however mean margin pressures for the company in the longer term, mitigated to an extent by the carrier subsidies. With cheap Android smartphones seeing huge demand and the pricing war gradually dragging prices down to sub-$100 levels, Apple will do well to avoid this segment for as long as it can without sacrificing growth. It therefore bodes well that Apple is only just getting started in China and has ample opportunity to drive sales in the country without having to drop prices anytime soon. 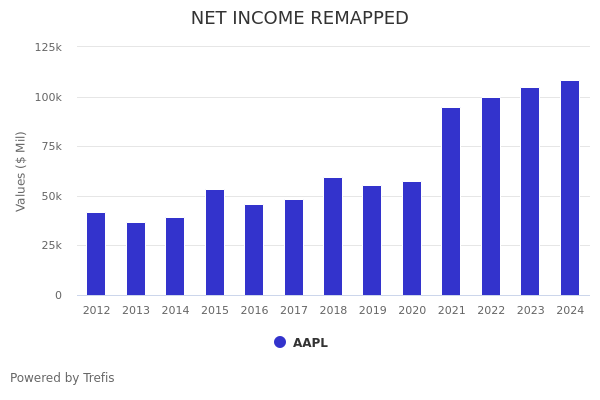