3M India, the publicly traded subsidiary of 3M (NYSE:MMM), has taken a huge hit on its profits in spite of showing healthy growth in its top line. Its revenues for the fourth quarter of 2011 have grown by 12.5% compared to the prior year’s quarter while operating profits have dipped by a whopping 85%. For the nine months of FY 2011-12 (in India, financial year begins in March) ending in December, 2011, company revenue has grown by 15% compared to the previous year while profit has dipped by 40%. This erosion in net income has raised questions about the company’s ability to meet the ambitious growth targets it has set for itself in India.

High Growth Targets for India and Other Emerging Markets

The company had decided at the beginning of this financial year to grow its revenue five times in the next five years by focusing on areas like healthcare, consumer products, oil and gas, infrastructure and automotive sector to fuel this revenue growth.

The unit also sought to increase the contribution made to sales by new products, from 29% to 40%. This was mainly expected to come from the development of new products for cleaning utensils. 3M is banking on its ability to create new markets while leveraging some of its own products which are unique for India. It is also looking to introduce its products for kitchens to other countries which have similar cooking habits. The Indian labs of 3M have also become a hub for developing product technology specific to small cars.

The company’s failure to move towards its set targets can be mainly attributed to its inability to come out with ground breaking new products that create new markets. It has also been hurt by increased competition from other players in the existing markets in which it competes. The company recently expanded its research facility in Bangalore and will need to focus its R&D more on products which suit the Indian consumer.

3M India, is a pretty small part of 3M globally, and its performance should not have a high impact of the company’s overall health. However, it will have an impact on 3M’s plans to grow in emerging markets since India is one of the biggest growth markets in terms of population and GDP growth.

The company has increasingly been shifting its focus on emerging markets and now derives 34% of its sales from these markets. It expects to grow this number to 45% by 2015. 3M India will need to buckle up and get on track to achieve the goals it has set out for itself in the next 4-5 years if it wants to become a significant contributor to the top and bottom line of global 3M.

We have a Trefis price estimate of $97 for 3M, which is nearly 12% ahead of the current market price. See our full analysis of the stock here 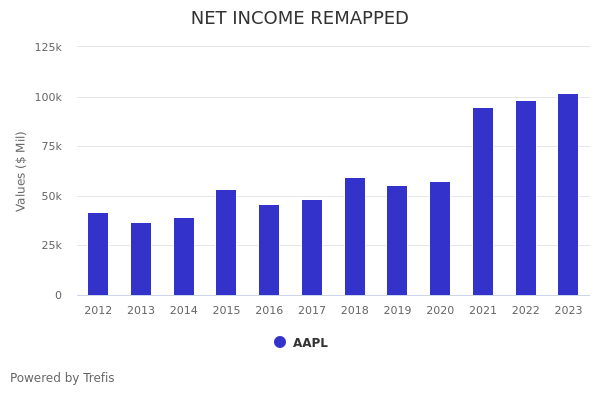