It seems likely that Verizon (NYSE:VZ) will be able to cross regulatory roadblocks and get its hands on a huge swath of AWS spectrum it needs for LTE expansion. A Reuters report cites sources familiar with the developments that the FCC is prepared to give a go-ahead to Verizon’s plan of buying the airwaves from the cable companies. [1] However, a question still remains on another aspect of the deal that involves cross-marketing agreements between Verizon and the cable companies including Comcast (NASDAQ:CMCSA), Time Warner (NYSE:TWC) and Cox Networks.

We believe that the spectrum purchase is the more important aspect of the deal since it impacts Verizon’s LTE expansion plans and gives it the all-important spectrum that will help it fight the spectrum crunch that is plaguing the industry. With AT&T clawing at its heels and Sprint entering the fray soon, Verizon will need to maintain its LTE advantage and stay ahead of the game. We are not, however, saying that the cross-marketing deals are not important since it will help Verizon’s services gain more prominence in some of the biggest cable company stores, but LTE and spectrum seem to be the priorities for now considering the current wireless dynamics.

The mobile services division accounts for almost 84% of Verizon’s $42 value, about 5% below the current market price.

Why LTE is more important

Verizon has been aggressively spending on its 4G LTE infrastructure, rapidly rolling it out in new markets to maintain its lead over rivals AT&T and Sprint, as well as making sure outages do not recur. Its capital expenditure has been rising over the last few years, owing to the rapid deployment of LTE as well as 3G network upgrades, and we do not see it coming down anytime soon. It will therefore be looking to maintain its LTE lead and increase the adoption of its LTE network to start recovering at least a part of the huge capital expenses incurred.

Moreover, the increased adoption of 4G will reduce its dependence on 3G networks, which are under great strain due to the heavy data usage of smartphones. Also, LTE, as a network technology, not only supports higher speeds but is also more efficient than current 3G networks at handling data, reducing maintenance, and handling costs.

However, Verizon’s spectrum deals have been opposed by many, including Sprint and T-Mobile, on the grounds that the spectrum purchase will give Verizon way too much spectrum and skew the wireless dynamics completely in favor of the larger incumbents.

Verizon has tried to dispel these concerns by moving to put some of its unused 700 MHz spectrum for sale. It even hired advisers Loop Capital and Stephens Inc to help it find potential bidders for the spectrum. T-Mobile has said that it is not interested in the 700 MHz spectrum that Verizon is offering. But the AWS spectrum swap deal with Verizon recently announced should alleviate T-Mobile’s concerns to a large extent. (see Verizon Swaps Spectrum With T-Mobile; Moves Closer To Getting FCC Approval)

We had previously argued that Verizon may have to divest some of the AWS licenses it acquires from the cable companies to appease the regulators, and it does seem that Verizon will transfer some of these licenses to T-mobile should the cable deals be approved. (see The Verizon-Cable Deal Will Go Through Despite FCC Delays)

As for the 700 MHz spectrum that Verizon wants to sell, several small carriers such as Leap and MetroPCS may want to get their hands on the resource. We know that at least one carrier, U.S. Cellular, has expressed its interest to the FCC for the spectrum that Verizon is willing to part with. [2] Finding enough number of buyers will help Verizon support its case that it is not buying spectrum simply to hoard it. Further, it will help Verizon prove to the FCC that the spectrum it sells will see many benefactors in the wireless industry and help increase competition in the industry.

At a time when demand for data services are soaring as subscribers use mobile devices to remain connected and watch videos on the move, bringing spectrum back to the wireless industry will not only see the resource being put to use, but also help improve speeds and prevent network clogging. Additional spectrum will also allow an increasing number of wireless service providers to lay out LTE networks, which not only provide higher 4G speeds, but also serve to improve network efficiency. This will see smartphone users use more data intensive applications, driving data ARPU up for carriers. 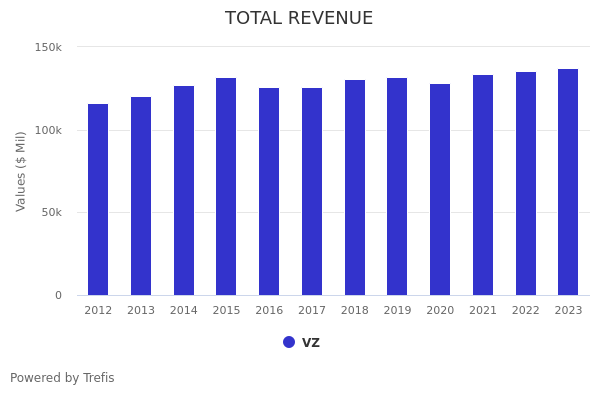