Tesla Motor’s (NYSE:TSLA) growth story has been spectacular with shares jumping more than fourfold in 2013 itself. The company is now valued at more than $20 billion. After winning over customers in the U.S., the automaker is set to make its European debut. Tesla officially released its Model S at the recent Frankfurt Motor Show and even installed a Supercharger in the city.

In fact, by the end of 2014, Tesla plans to build a pan-European network of chargers. There will be at least one Supercharger within 200 miles of every person in Europe. Tesla’s Model S has a higher battery range – 230 miles or 300 miles, depending on the model variant. [1] Superchargers are charging points installed by Tesla that allow the company’s customers to charge their car batteries for free.

Helped by the European expanson, Tesla hopes to sell Model S at an annualized pace of 40,000 by the end of 2014. In Norway alone, the automaker expects to sell 800 vehicles this year. The Supercharger stations are already up and running at select places in the Scandinavian nation.

Germans Pile On The Pressure

But Tesla is not alone to debut its electric vehicle. BMW showed its i8 plugin supercar – at a staggering $135,000 before any government incentives. Unlike Model S, it is not a pure electric but has a range of 310 miles in the hybrid mode. BMW also introduced the i3 which will hit the showrooms in November. [2] The price of the cheapest model will be about $50,000.

Tesla does have an advantage over its rivals in terms of the electric range and the availability of the Supercharger network but its Model S is more expensive than most other electric/hybrid cars in the market. Europe will be a big test for Tesla since the general public has long been loyal to its home brands.

We have a $84 price estimate for Tesla to $84, which is about 50% lower than the current market price.

We have a pretty high discount rate of 14% for Tesla. The weighted average cost of capital  (WACC) yields a figure of 8-9% depending on the assumptions you make. However, we feel that projecting annual sales of 300,000 units for a product such as Gen III that is yet to be launched holds a significant risk.

There could be a few hiccups down the road, ranging from problems in production ramp up to increased competition. Any negative publicity or unreliability issues down the road erode the sheen of the Tesla brand name, that looks invincible at the moment. The fairy tale might not go as per the script.

Lowering the discount rate to about 9% will raise our price estimates to about $165, the level at which the company’s shares are trading currently. 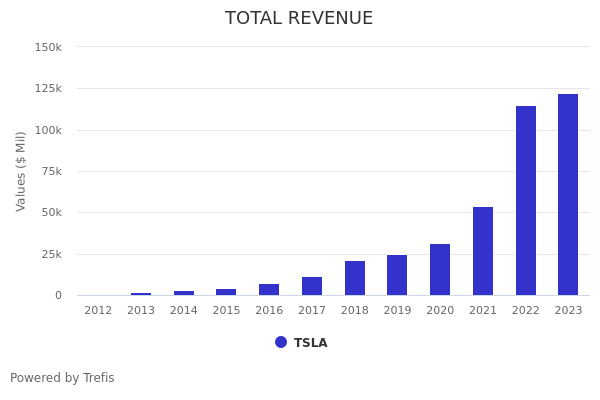 What Next For Tesla Stock?

Will Tesla’s Delayed Cybertruck Be A Big Money Maker?