Druckenmiller and Liquidity: The Key to Stock Market Success

Many successful investors, including big names like Warren Buffett, believe that the future course of a stock’s price depends on its earnings.

But, this isn’t the only path to major yields. Other equally successful investors don’t always put as much weight into earnings. They instead focus on another vital macro factor – central bank liquidity.

For those unfamiliar with the name, this hedge fund legend was with George Soros in 1992 when they broke the Bank of England. He subsequently founded his own firm, Duquesne Capital Management.

Druckenmiller is a legend. Before retiring in 2010, he averaged an out-of-this-world 30% return annually throughout his 30-year career. A mere $1,000 invested with him at the start of his career would’ve been worth a cool $2.6 million by the time he retired.

In January 2015, Druckenmiller gave a speech where he revealed the secret to his success:

Earnings don’t move the overall market . . .  focus on the central banks and focus on the movement of liquidity . . .  most people in the market are looking for earnings and conventional measures. It’s liquidity that moves markets.

Additionally, Druckenmiller noted current central bank policies were “so much more reckless” than before.

To that effect, in 2015, he put about 30% of his personal multi-billion-dollar portfolio into gold. And while he looked “dumb” for a while, it appears that, yet again, his predictions panned out and he is, once again, right on the money.

The Fed Is Still Flowing

When focusing on the importance of liquidity, it’s crucial to ask, “Where does global liquidity stand right now?”

For certain, the Fed is still pumping away.

Just look at stock buybacks. According to Bloomberg, S&P 500 firms are on track to buy back $165 billion this quarter. This would bring the 12-month total above the prior record of $589 billion – which, ominously, took place in 2007.

Many companies use debt – borrowed money at practically zero interest – to fund their stock buybacks.

And, when you take the rest of the world into account – Japan, Europe, and the emerging markets – the liquidity picture isn’t so rosy.

Liquidity on a Global Scale

A picture of global liquidity is provided by Bank of America Merrill Lynch with its real-time Global Liquidity Tracker.

This 16-year graph substantiates Druckenmiller’s point about global liquidity. Note how rates went into the negative before both the dot-com-bubble crash and the global financial crisis, as well as the European debt crisis.

The liquidity measure was in the negative again in mid-2015, coinciding with the S&P 500 peak. And current liquidity is reading at negative levels exceeded only by those during the global financial crisis from 2008-10.

This points to a very real possibility that, right now, the U.S. stock market is running on fumes as global liquidity dries up. The chart below shows how the S&P 500 Index has failed to respond accordingly, with rates increasing, even as liquidity rates have moved further and further into negative territory.

This misalignment could turn out to be crucial for the future of the market.

While stocks seem poised for trouble, now is the time for investors to follow a key piece of advice from Stanley Druckenmiller – one that he attributes to his mentor, George Soros: “The way to build long-term returns is through preservation of capital.”

The post Druckenmiller and Liquidity: The Key to Stock Market Success appeared first on Wall Street Daily.
By Tim Maverick 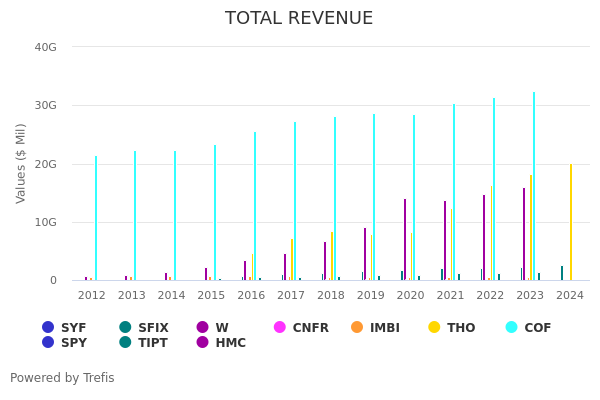 What’s Next For Restaurant Brands Stock?

eBay Stock To Meet The Revenue Expectations In Q4

What To Expect From Philip Morris’ Q4?

Capital One Stock Gained 12% In One Week