In the previous note, we discussed the key macro-economic trends that emerged in the U.S. in 2015, amid global turmoil, falling commodity and oil prices, struggling EMEs and the slowdown in China. In this note, we take a look at the broad outlook for the U.S. economy in 2016.

The U.S. economy is likely to be in a similar shape this year as it was in the past year. Solid growth in the labor market and consumer spending will support further recovery, while exports will continue to be a drag. In the current environment, characterized by weakness across the globe and particularly in China, fiscal prudence will become indispensable as Fed continues down the road of monetary tightening.

The year 2016 started with a hiccup. China reported tenth straight month of weak manufacturing data, causing not only the Shanghai Composite Index to plunge, but also the Dow Jones Industrial Average to fall on the first full trading day of the year. [1]

To give some context, the fear of China’s hard landing had been a prevalent theme all through 2015. Although the Chinese government successfully averted that, it couldn’t prevent the second largest economy in the world from slowing growth. The slowdown in China is a major cause of concern because a number of economies are increasingly reliant on exports to China for GDP growth. IMF data show that China has been the source of 35% of global growth over the past five years. The country, moreover,  is forecast to account for 30% of growth out to 2020. [2] Following the slowdown in the first 10 months of 2015, U.S. exports to China fell by 4% as compared to the same period last year. 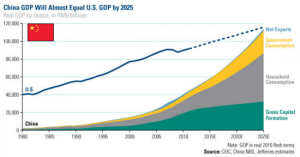 The Chinese government has been taking steps to shift away from an export and investment reliant economy towards an economy driven by domestic consumption. In 2016, China is expected to trudge on and not contribute significantly towards the demand for U.S. made goods.

Beginning 2014, the U.S. dollar began its ascent against all major currencies. The strength in the dollar can be attributed to the signs of recovery seen in the U.S. economy, augmented as well by the wind-down of the Fed’s bond-buying program. In 2015, expectations of higher rates supported the dollar and drove it further up by 12%. Most emerging economies saw their currencies weaken against the dollar, eroding the purchasing power of consumers from those countries. The strong dollar led to contraction of exports by making U.S. manufactured goods more expensive overseas. In October 2015, the U.S. trade deficit stood at $43.9 billion, up 3.3% from September. To add to the concern, the Fed’s interest rate hike is only going to lead to further appreciation of the dollar. This persistent weakness in demand for U.S. made goods is bound to have an impact and widen the trade deficit in 2016. 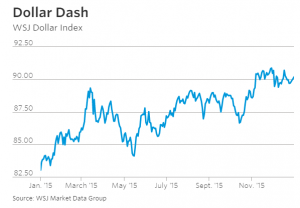 Oil Glut To Be A Boon?

Energy sector started a trip downhill in late 2014 and oil prices have been consistently falling since then. The oil glut, caused by oversupply, has resulted in a worldwide fall in energy demand. In its December meeting, Organization of Petroleum Exporting Countries (OPEC) decided against cutting supply to support the oil prices. The move was made by OPEC in an attempt to establish market share in the sector by allowing oil to fall to such levels that it becomes unprofitable for U.S. to produce shale gas. We expect the slump in oil prices to prevail in at least the first half of 2016, causing more job losses in the oil sector and oil production to become less profitable for U.S. producers.

On a positive side, the slump in commodity prices, which has chiefly been a result of a lack of demand for energy, raw materials and machinery from Chinese manufacturers, is expected to continue in 2016. This in turn whelp stimulate economic activity by increasing the spending capacity or disposable income of U.S. consumers. Though the increased income didn’t translate into spending in 2015, expectations are that it will in 2016.

The much anticipated Fed rate hike happened in December 2015. While the finance sector is rejoicing this move, other sectors, such as energy and metals, are reeling under the pressure of accumulated debt. Bloomberg reports that a staggering 60% of this year’s global defaulters have been U.S. companies, with the second biggest defaulter being the emerging markets at only 23%. [3] There is a very real fear that if the quantum and speed of interest rate hikes is implemented at a faster than expected pace, companies will increasingly be unable to service the debt on their balance sheets and a recessionary environment may recur.

Even the U.S. federal debt as a percentage of the gross domestic product (GDP) is hovering close to an all-time high. It amounted to about 35% of GDP before the Great Recession, and is now about 75 % of GDP. The latest Congressional Budget Office (CBO) projections show that current policies will take it to about 103% of GDP in 2016. [4] Moreover, according to the CBO, 85% of the projected rise in federal spending over the next decade will go to Social Security, major health-care programs and net interest on the federal debt. Unless fiscal discipline is exercised, this debt build up could have massive repercussions in 2016. 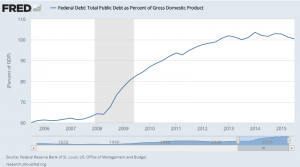 On the brighter side, U.S. labor market has been resilient with unemployment levels at a rate considered as full employment by most economists (5% of the total labor force). Consequently, gain in number of jobs in 2015 should be followed by higher wages in 2016 as corporations retain and reward employees. However, this prospect is marred by the fact that labor participation rate, i.e., the percentage of Americans of working age looking for job or employed, is near a 40-year low at 62.4% of the labor force. 2016 is a pivotal year for the labor market in the sense that if wage growth is observed in 2016, labor participation may accordingly follow suit. If not, declining work activity will not only reduce income levels, but also shrink the productive capacity of the economy on the whole. 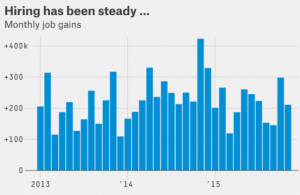 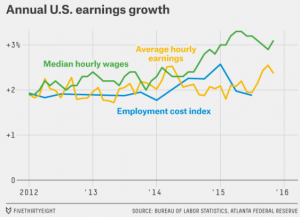 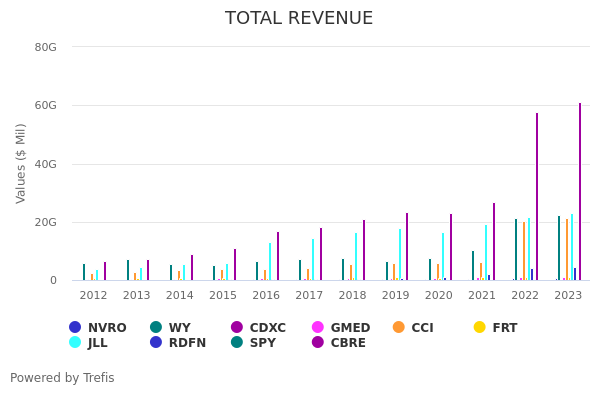