Earlier this month, MGM Resorts International (NYSE:MGM) announced plans to enter the social gaming market in the hopes of getting more customers to its casinos. According to MGM CEO Jim Murren, MGM Resorts expects to announce a new social media game that would be along the lines of Zynga’s popular online game FarmVille. It would allow players to pretend to be casino moguls. This could be an interesting move for casino operators like MGM, Wynn Resorts (NASDAQ:WYNN) and Las Vegas Sands (NYSE:LVS) that are looking for new ways to engage customers by tapping the trends of mobile gaming and social media. [1]

Our price estimate for MGM Resorts International is $11, which is in line with the market price.

Social gaming market has witnessed enormous growth recently with the popularity of social networking sites like Facebook. Facebook presently has 800 million users. The below mentioned statistics confirm this assertion:

We believe entering into social gaming could help MGM to attract customers to its casinos. The social gaming sector is presently booming and is expected to grow phenomenally in the coming years.

It could also add a diverse revenue base for the casino operator and could help it in targeting prospective customers. In the past, several large casino companies including MGM have pushed hard to legalize Internet gambling in the U.S. though have failed in these attempts. While it’s unlikely that online gambling will become legal any time soon given the crack down on sites such as Full Tilt recently, social gaming could be an interesting area to watch for casino operators. 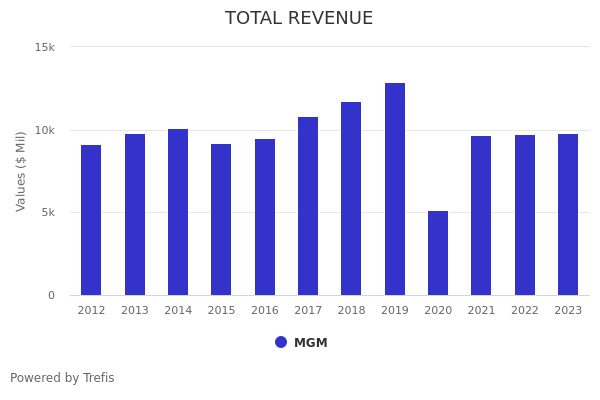 Better Bet Than MGM Stock: Pay Less Than MGM Resorts To Get More From Stock CLF

Why Is The Market Rewarding MGM Resorts Stock?

Will Market Forces Continue To Weigh On Scientific Games Stock?

Are Odds In Favor Of MGM Resorts?

Speculating On MGM Resorts? This Stock Could Provide Better Gains

Are Investors Too Optimistic On MGM Resorts Stock?