Social networking giants Facebook (NASDAQ:FB) and Twitter (NASDAQ:TWTR) are often compared in terms of user engagement, user base and their rate of growth. This is natural, considering the companies were established within two years of each other, both compete for user attention, and both had similar blockbuster initial growth trajectories. 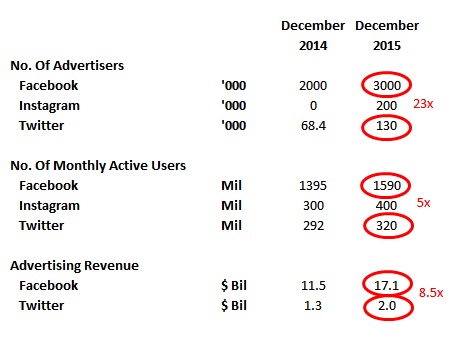 Have more questions about Facebook? See the links below.

1) The purpose of these analyses is to help readers focus on a few important things. We hope such lean communication sparks thinking, and encourages readers to comment and ask questions on the comment section, or email content@trefis.com
2) Figures mentioned are approximate values to help our readers remember the key concepts more intuitively. For precise figures, please refer to our complete analysis for Facebook

Does Facebook’s Stock Have An Upside Of More Than 10%?