A sustained decline in commodity prices over the last two years, has severely disrupted the valuation of a majority of oil and gas exploration and production (E&P) companies. As a result, large integrated companies, who are finding it difficult to grow organically, are eyeing smaller independent companies to augment their long-term growth. One such integrated company is Exxon Mobil (NYSE:XOM), which reportedly [1] tabled an unsolicited bid to acquire InterOil Corporation (NYSE:IOC) on 30th June 2016.

InterOil, which is an oil and gas company with a sole focus in Papua New Guinea (PNG), had agreed to be acquired by Oil Search Limited (ASX:OSH) in May of this year. Oil Search had offered to pay a consideration of approximately $2.2 billion, in the form of 8.05 Oil Search shares plus a Contingent Value Right (CVR) for each InterOil share. The CVR entails a contingent cash payment of $6.05 per share for each trillion cubic feet equivalents (tcfe) above 6.2 tcfe of gross certified 2C resource in InterOil’s Elk-Antelope fields (Papua LNG Project). Post the completion of the proposed transaction, Oil Search plans to sell a majority of InterOil’s oil and gas assets to Total (NYSE:TOT) to finance a significant part (~60%) of the acquisition, and has entered a Memorandum of Understanding (MoU) with Total for the same. 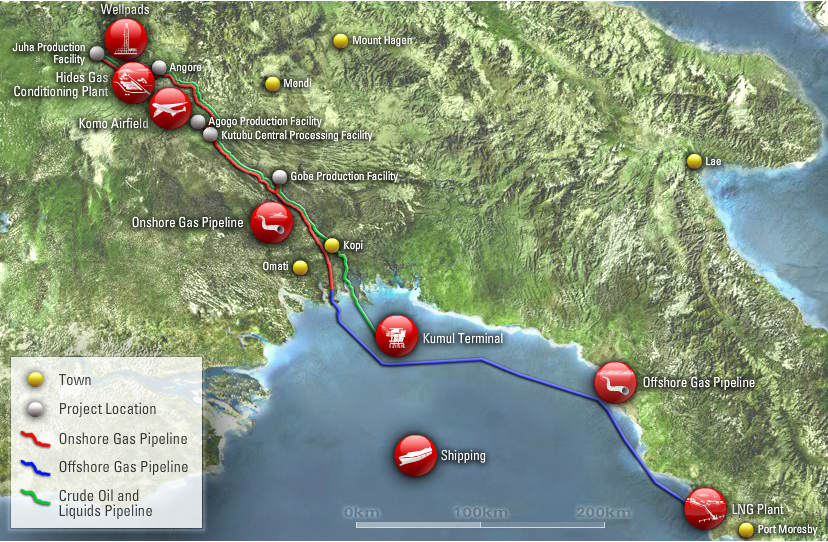 Although the transaction was unanimously approved by the Boards of both the companies, it is subject to the approval of InterOil’s shareholders, who are expected to vote on the transaction in a special shareholder meeting scheduled for the 28th of July. But, even before the company’s shareholders could give their verdict on the deal, Exxon Mobil proactively made an unsolicited offer to InterOil last month. Though the exact details of the offer have not been disclosed by either parties, the deal value is likely to be upwards of $2.2 billion, higher than Oil Search’s offered price. Further, Exxon’s offer is expected to include a stock component and a CVR, similar to Oil Search’s deal structure. A CVR is not a commonly used instrument in mergers and acquisitions. However, in this deal, it will prevent the suitor (Exxon or Oil Search) from overpaying for the PNG assets, while protecting InterOil from undervaluing a potentially strong asset.

InterOil is an attractive takeover target for oil and gas companies that plan to enter or expand into the liquefied natural gas (LNG) market. InterOil holds a 36.5% stake in the Papua LNG project in the Elk-Antelope fields, which hold at least 6.2 trillion cubic feet of gas. Hence, it makes a strategic as well as economic case for Oil Search and Exxon Mobil to acquire InterOil, as both the companies are currently working on LNG projects in the region. InterOil and Oil Search are already working as co-partners on the Papua LNG Project (Elk-Antelope gas discoveries) that forms a critical component of the CVR in the deal, while Exxon is the key operator of the PNG LNG Project with a potential of 6.9 million tons per annum (MTPA).

Thus, we believe that both the companies are strong contenders in the race to acquire InterOil. While the company’s Board is closely reviewing the new bid, it continues to recommend the Oil Search bid to its shareholders [2] However, since the details of Exxon’s offer are unknown, it is difficult to comment which company will finally win the bid. Yet, given that Exxon has already topped Oil Search’s bid of $2.2 billion, and is a much larger entity with a prominent presence in the PNG region, we expect InterOil’s shareholders may see more value in choosing Exxon over Oil Search.

Have more questions about Exxon Mobil (NYSE:XOM)? See the links below:

How Low Can Exxon Mobil Stock Go In A Market Crash?

Is There More Steam In Valero Energy Stock?

Will HollyFrontier Stock Recover From The Bearish Trend In The Near Term?

The Dollar Lost 7.5% Of Its Value Last Year, But These Stocks Are Benefiting

Company Of The Day: Exxon Mobil

Stocks That Benefit From Surging Inflation And The Coming Rate Hikes

Looking For Investment Income? This Stock Is A Better Alternative Over Exxon Mobil

Company Of The Day: Exxon Mobil

Should You Pick Diamondback Energy Stock For Near Term Gains?

Inflation Is Surging, But These Stocks Could Benefit