Last week, Micron Technology (NASDAQ:MU) and Intel (NASDAQ:INTC) announced the availability of their 3D NAND technology, the world’s highest density flash technology used in laptops, data centers, tablets and mobile phones. With more storage in a smaller space, the 3D NAND technology offers significant cost savings, low power usage and high performance for a range of mobile consumer devices as well as the most demanding enterprise applications. The fab production line has already begun initial runs and the device will be in full production by the fourth quarter of calendar year 2015. Both companies are also developing individual lines of SSD solutions based on 3D NAND technology and expect those products to be available within the next year. (Read Press Release)

Transition To 3D NAND To Increase Capacity Expansion; Though Samsung Is Already A Step Ahead, Micron Is Way Ahead Of Other NAND Players

3D NAND is a type of flash memory that stacks memory die on top of each other within a single package using specialized interconnects. The vertical stacking allows for a significantly higher density of memory cells and improves performance and reliability. 3D NAND is a breakthrough in overcoming the density limit currently facing the planar (2D) NAND architecture and floating gates used in conventional flash memory, as well as yielding speed and endurance improvements. 3D NAND has a more dense chip with twice the write performance and 10 times the reliability of planar NAND. [1] 3D NAND cell architecture enables significant performance and cost improvement relative to planar technology.

TrendForce currently projects 3D NAND will account for only 3% of the NAND Flash industry’s overall supply, since the majority of the manufacturers are still in the testing and sample delivery phase. However, it expects the 3D NAND market share to reach 20% by the end of 2015. [2] According to IHS research, 3D NAND technology will account for the majority of total flash shipments, equivalent to 65.7% by 2017. [3]

Samsung, which accounts for 27.9% of the NAND Flash market, launched its 3D V-NAND storage technology in August 2013 and has already started mass production of the technology.  SanDisk (18.2% market share) and partner Toshiba (21.9% market share) will not have a 3D NAND offering until 2017. SK Hynix (11.4% market share) has yet to reveal a specific 3D roadmap, methodology or timing. While Samsung clearly has the first mover advantage, Micron too can benefit from the early entry in the 3D NAND technology. By the time SanDisk, Toshiba and SK Hynix come up with a 3D NAND offering, both Samsung and Micron will be several generations ahead and will have solved the teething problems of controller design and other architectural issues.

We believe that an early entry in the 3D NAND market can help Micron increase its share vis-à-vis SanDisk, Toshiba and SK Hynix. Micron derives 28% of its revenue and 34% of its valuation (as per our estimate) from the NAND Flash market. Though Intel accounts for a much smaller share of the NAND market, the early adoption of the 3D NAND technology could help increase the company’s market share in the future. Intel does not report revenues earned from memory solutions separately in its annual filings, but our estimate is that NAND accounts for less than 8% of the company’s total revenue. 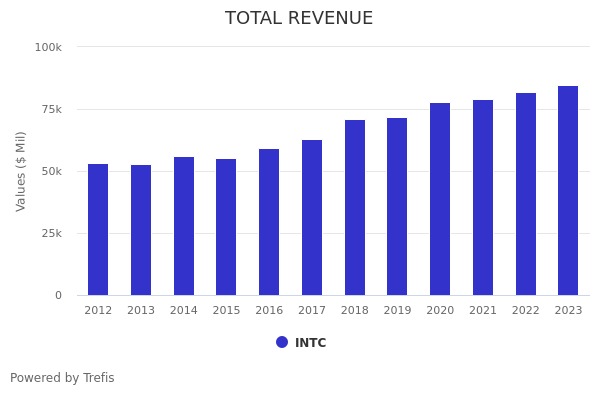 Better Bet Than INTC Stock: Pay Less Than Intel To Get More From Industry Peer AMKR

After A Strong Week, Can Intel Stock Sustain Its Performance?