The virtualization market grew in the last decade, predominantly due to server virtualization of x86 servers with VMware being a key player in the market. In the last few years, the industry has started shifting to desktop virtualization, often in conjunction with server virtualization. This makes it easy for clients to not only host their servers on the cloud, but also to run software and applications on virtual desktops, and also significantly cuts down hardware ownership and maintenance costs for clients.

During the latest earnings release, the company issued a guidance of generating revenues of $5.2 billion in 2013, which is about 13% more than the previous year figure. Below we discuss the key trends driving the virtual desktop infrastructure (VDI) segment of VMware’s revenues.

VMware acquired Desktone, pioneer in Desktop as a Service (DaaS) functionality, last month. With the DaaS platform, the company provides virtualized desktop solutions across Internet and WAN connections. The benefit of DaaS over traditional VDI is that virtual desktops are managed and delivered on request, as a service. This means that they can be charged on a daily/weekly/monthly basis. Single virtual desktops and DaaS are available for as low as $30-35 per month, reducing the ownership costs by up to 50%. This includes cost reduction due to low maintenance costs in this setup. There is also an added ease of maintaining infrastructure since the maintenance is outsourced to managed service providers (MSPs), making DaaS a viable option for small and medium businesses (SMBs) across the world.

Small businesses (employee size ~50) and medium-sized businesses (less than 500 employees) benefit most from the DaaS solution owing to reduced dependence on a sophisticated IT team. According to an analysis on SMBs by AMI partners [1], around 220,000 SMBs across the U.S., Latin America and Europe could get DaaS implemented in the near future.

Taking a conservative assumption of 200,000 businesses paying $300 per year per desktop for an average 20 virtual desktops per business, this could be a $1.2 billion market (200,000*$300*20). An additional $300 million could be added to this estimated market size if even 1% of the existing $30 billion desktop outsourcing market switches to cloud-hosted DaaS. [2] This market is likely to be dominated by current market leaders VMware and Citrix.

Amazon announced the launch of its virtual desktop service called WorkSpaces, a competing product to VMware’s Horizon View and Citrix’s XenDesktop. However, VMware’s management believes that WorkSpaces is unlikely to gain an advantage over Horizon View in the VDI market since the former’s dependency on the Windows platform makes it incompatible with various desktop management tools and enterprise applications. [3]. We will be keeping a close eye on Amazon’s development in the VDI market going forward. 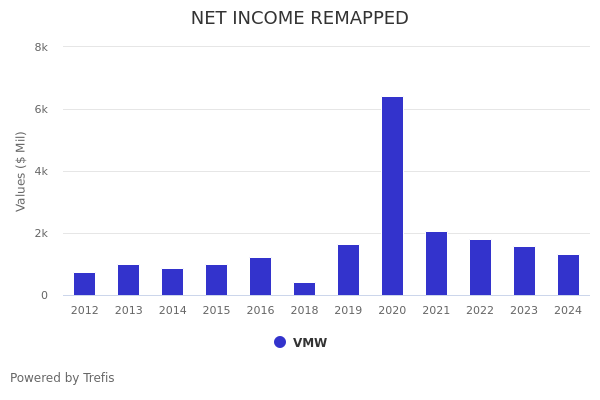